What Website or Social Media Was The Scammer Using? : Match.com 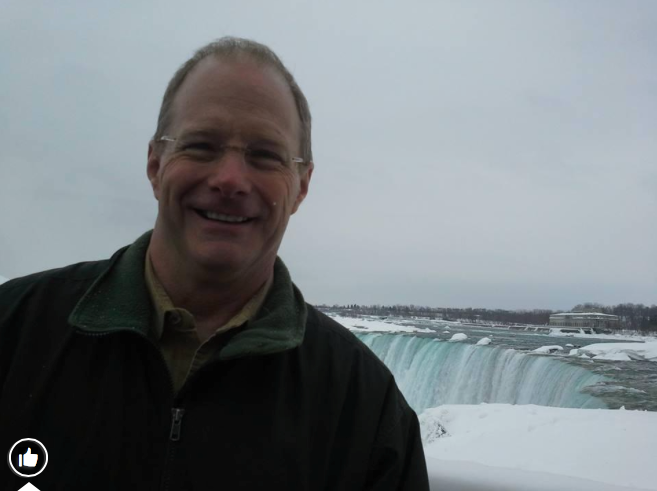 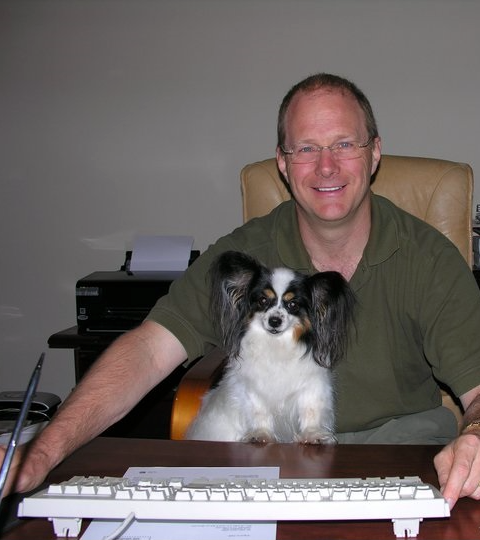 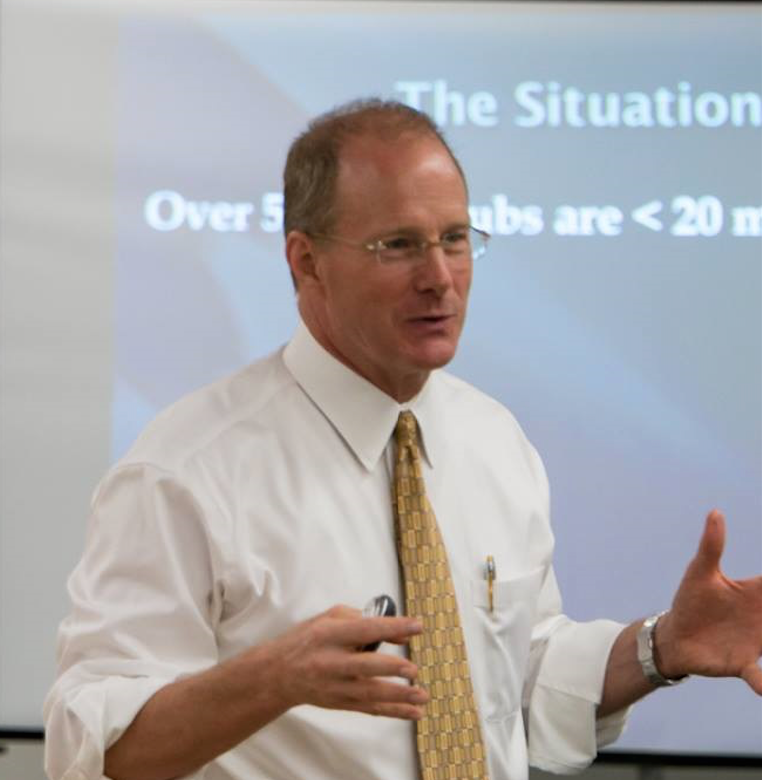 Carlos Hernandez also had a second Match.com profile: caneedlvnwrd. The pictures of the scammer are not actually him. He took pictures off of the internet of someone else.

Widower, wife died around 2013 (he told me she had died in car crash two years ago when he contacted me) in Tampa, Florida area

Said he was born in Spain and his parents died early on and he had to take care of himself alone as a young boy. His father was from Mexico and mother from Germany. Came to US in 1988. Said he had no siblings. Married to late wife for 20 years. Because of bad memories of late wife’s death he decided to move to Beverly Hills, CA. He contacted me on Match.com on March 21, 2015. His Match.com profile is included in my paperwork. The profile on Match.com that he contacted me on was caneedivnwrd and then I found out he had another through a girlfriend about a month later with a profile called canifindlove.

I had him checked out with some software a girlfriend had in her law offices and nothing came up on him. Carlos and I were supposed to meet for the first time when we thought he was going to come back to CA after his presentation to Union Diamond in Atlanta, GA but when he left directly from Atlanta we never met.

Home Address: He said he had rented a home in Beverly Hills, CA and only had been there for about four months when he contacted me. Also had lived in La Mesa, CA and Tampa, FL had a homes there too.

Carlos and I texted almost every day usually twice a day, got calls from him about once a week or week and a half. Emailed a lot too.

2) Carlos’ Halifax Bank Checking Accounts. Carlos early on showed me that he had at least 16 million dollars in his Halifax account. So I felt he was good for the money I was lending him. He said that he had to have his fingerprint to access these accounts. And also there was some fraud while he was in Atlanta that someone took $5000 thru this credit card. Also during all this a bank account was frozen. He had his fingerprint used to access his bank accounts. My last email contact with someone from Scotland Bank US (don’t know how that bank got involved if Halifax Bank, was with George Hooper, Head International Transfer Unit located at Lithia Springs, GA 30122.

I questioned Carlos that in the website addresses for the bank that the word acess was misspelled, shouldn’t it be access. He said it was all fine, that’s just the way they have it on their link. This email contact with George Hooper was after Carlos met with a lawyer named James Ramos in Houston, TX. Ramos worked with Carlos to try to work out a way that Carlos could either come back to Beverly Hills to access his account and send monies owed in taxes to IRS in Houston, or to help Carlos get to Atlanta to talk with Halifax to get these monies to pay the taxes/customs. The last monies Carlos needs now is $42K to pay the cost of transfer fees (COT) in order for Halifax to release monies out of his account of $420K. Halifax was to send out $370K to South Africa to pay the taxes charged when Carlos arrived in Houston, TX around Thanksgiving of 2016. $370K was to go to South Africa so he can get diamonds to Union Diamond and $50K to hold me over due to not having any money left for expenses. He later had a friend that was going to transfer $100K to help him via a POS machine I was told to get from Rabo Bank. Carlos said once he handed over the diamonds to Union Diamond he would collect his monies from them and transfer monies into my account to pay me back in full. This has never happened. From Houston, TX where Carlos entered back into the US he was kept for a couple of months and without payment of taxes/customs he was sent back to Johannesburg, SA about 2 plus weeks ago. Carlos was supposed to go from there to a Capetown prison that was very dangerous with criminals. For a $3,500 pay off he paid authorities in Johannesburg he was then released and he’s staying with a beneficiary guy named Vusi at his house with his family in Johannesburg. He did not have to go to Capetown.

These accounts are NOT real. Here they are:

Carlos is Self employed:

Shortly after Carlos contacted me through Match.com Carlos went back to Atlanta, GA and did presentation for a contract to go to South Africa to oversee and purchase $6 million dollars of pink diamonds, 18 Carats at 9 Carats each of which he got half payment upfront in amounting to $3 million dollars. He left for Johannesburg two days later directly from Atlanta and stayed at hotel in Johannesburg called the City Lodge Hotel where he would work with Petra Diamonds. This contract was on April 10, 2015 between Carlos who was located in Beverley Hills, CA. Carlos finally left Johannesburg after finishing diamonds and paying taxes on May 15, 2016 via Amsterdam to the US. He sent me copies of the airline tickets. He was stopped in Amsterdam because his Kimberley license expired that was issued October 30, 2008. It expired on October 30, 2015. He was told he had to pay $320,000 before he could leave the country. A warrant for his arrest was issued with bail of $10,950.00. He had failed to pay tax amount of $400,940.00 and also something about over stay and transit duty fee. During his months in Amsterdam he stayed at the Hilton Amsterdam Hotel, Apollolaan 138, Amsterdam 1077 BG

He said he was awarded the initial contract from:

Then went to Johannesburg to work with this company for pink diamonds, cutting, mounting of jewelry on necklace:

While Carlos was in Johannesburg there were many riots during that time, burning buildings, etc. It was not a safe place to be. A trip that was to last 4-5 weeks turned into almost two years now. He said he caught malaria twice while there.

When I recently asked him to sign a promissory note for monies owed I noticed after asking several times to give me the addresses of the two homes he owned, I could not get them from him. I was using those houses as part of the collateral as well as the Halifax accounts. He wouldn’t give me his middle name or if he had still an address in Beverley Hills since he was renting at the time he left the country that I could put on the note. He never gave me any of these either. I also asked him to give me his lawyers phone number that he used in Houston to help Carlos get to his Halifax accounts to pay taxes due in Houston. This lawyer was used a few times with Halifax while Carlos was in Houston. I never got the phone number either of the lawyer. I wanted invoices from lawyer for work with Carlos for my records. I looked Ramos’ name up on the internet and found nothing on him.

Carlos would never want to give diamonds back and walk away because of the money involved. So when the diamonds were sent back to SA so did Carlos go as well so he said. He was afraid Union Diamond would sue him for not fulfilling contract. Plus there was a lot of money involved.

The only way I was told to wire money to South Africa to help him was going through beneficiaries that took their cut and got monies to the people down there. I was told to put family real estate project on the wires. He’s had taken all my money except for my house and $30K I have left at Ameriprise. He was supposed to pay me back around Thanksgiving, 2016.

This has been a two-year nightmare. I felt sorry for this person and trusted him because he seemed like a good Catholic with good morals. He had money in the bank that he could reimburse me back what I loaned to him. I’m broken and devastated with all of this. I’m 67 years old and can never make this money back. I had him sign a Promissory Note for the funds which basically means nothing. These scammers as you say on your site are cruel and don’t care what happens to you.

I anyone has run into this scammer Carlos Hernandez, please contact also Anna Mills at amills@ntvcc.org, at the National Telemarketing Victim Call Center or Noel Boswell, FBI at nboswell@fbi.gov, regarding case number VIN #5289418