We have talked about various online scams here on Techzim. We have discussed how you can protect yourself from them and I hope we are all helping those in our circle of acquaintances who may fall victim.

Two of the main weaknesses we all have that scammers exploit are greed and desperation. When we are in that state of mind, a chance to make some money is hard to pass on. All red flags are ignored, reason suspended and we dive deep into a trap. Only to come out worse off in the end.

Sometimes when you hear of a certain scam that worked on a lot of people, you can’t help but marvel at the creativity of the scammers. Some of us are cynical / suspicious by nature and so hardly fall for any scams. Which also means missing out on some good deals we incorrectly judge to be scams. But there are scams that even we read about and think, ‘I’d have fallen for that one.’

The one we have today is not of that kind. Instead, it’s one you can’t imagine people falling for. Then you think about people who thought they would get millions from a Nigerian prince and freely sent their life savings to a scammer. The realisation being that scammers can be lazy and still succeed.

Some con artists are pretending to be from Coca-Cola and telling would-be victims that they have won £990,000 cash. Imagine winning that kind of money. That’s five wives kind of money and so I would imagine someone somewhere would be tempted.

You see, the Coca-Cola Foundation does have grants supporting those who are working to stop the spread of Covid-19. They have distributed millions worldwide in grants.

Some scammers are sending messages pretending to be the official Coca-Cola Foundation telling people that they have been granted almost a million pounds. See the text message they are sending. 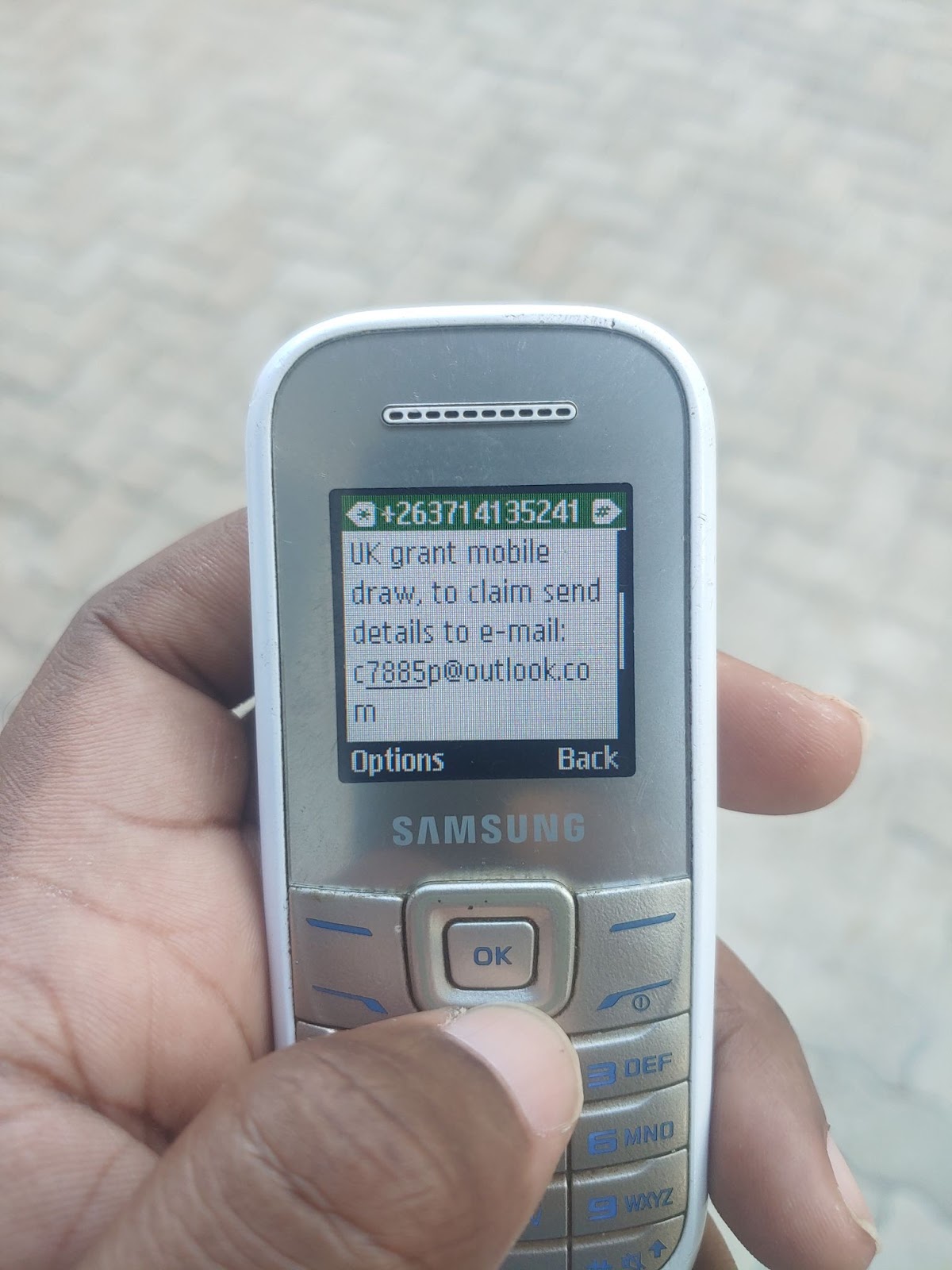 How we know this is a scam

This one is so poorly executed almost everyone can dismiss it outright. The main thing being that if you use common sense you will ask yourself what work you are doing to stop the spread of Covid-19. If you aren’t doing anything noteworthy, why would you be getting a grant for that.

Noone would be expected to know all the details about all the giveaways/grants worldwide and so you might be thinking, what if the would-be victim did not know they wouldn’t qualify for this particular grant? That’s where Google should be one’s friend. If there is a grant doling out a million pounds, you should be able to find the terms and conditions online.

They tried to make the language seem legit and it’s good enough to convince many. That’s one thing to take note of, most scams do not come in broken English / bad spelling anymore.

They were lazy with the email though. The Coca-Cola Foundation would not be using such an e-mail address. Some of the serious scammers would have created new email addresses like cocacolla@outlook.com or coccacola.grants@gmail.com to at least have ‘Coca-Cola’ in there. Intentionally misspelt of course, hoping you won’t notice.

We have seen the same before. Some local scammers were sending messages to CBZ customers telling them that there were problems with their accounts just so they could get passwords and PINs.

So, in some scams you will get perfectly written messages with official looking email addresses and so you just have to skeptical of all electronic communications to be safe. If it appears you have won some money/gadgets/car etc, in 99.999% of cases someone is trying to con you.

The person who received the message said to me, ‘this is probably not real, right?’ They felt it was too good to be true but were holding a little hope it might be true. So, we still have work to do. We have to help our family and friends because even with some of these scams that you would not even give a second look, someone you know would be tempted.

Found out more about how you can protect yourself and them:

Enough with the crypto scams already, help prevent them

Are you sure you’re not vulnerable if your phone is stolen?