If your online romance looks too good to be true, it probably is. Who would know this better than dad-of-five Sajjad Khan, who has been duped out of his life savings by a woman he met on a popular dating app, but never in real life.

Lured into a bogus crypto currency investment scheme by his potential second wife, the unsuspecting Ajman-based Pakistani safety trainer lost $47,000 in a matter of days. He had saved the money over several years to make a down payment against a house.

“I am heartbroken and financially devastated,” said the 40-year-old who met the scammer on Tinder early this year.

“She introduced herself as Anna. She said she was from Korea but lived in China. Soon we started talking and struck a rapport,” Sajjad told Khaleej Times.

“There was nothing common between us, but she was friendly and chatty. She called me ‘Honey’ , I called her ‘Princess’. I was looking for a life partner. In Anna, I saw the perfect wife. She said she wanted to open a yoga studio. I was impressed,” he said.

Within days of their whirlwind online romance, the woman sweet-talked Sajjad into investing into a crypto currency called BIS.

“She claimed the investment would transform my life.”

Sadly, for Sajjad, that wasn’t the case. If losing money and being blocked by his love-match weren’t bad enough, he’s now being chided by two of his friends who also invested in BIS at his behest.

“What is gone is gone. We were greedy and stupid, but we don’t want others to be in the same situation as us,” said Ali, who works as an operations manager at a private firm in the UAE.

“We have come forward with our stories so that people could learn from our mistakes and avoid such scams,” he said.

Of late, dating apps have become the new hunting ground of internet predators, with romance scams raking in millions of dollars annually.

Experts reckon at least one in every ten online dating profiles is fake.

As is typical with such scams, Sajjad’s online courtship was largely via WhatsApp text messages. And yet, the relationship felt real to him.

Sajjad said he never suspected anything was amiss when the woman asked him to move their conversations to WhatsApp and then persuaded him to invest in BIS.

Lest there be any doubt, the fraudster sent Sajjad a 68-page white-paper on the crypto currency, detailing among many things, its “trustworthy mechanism”.

Like countless other victims, he was then told to test the waters by opening an account with Binance and then transferring $1,000 from it to a dodgy crypto trading platform called FidelityEx.

For the uninitiated, Binance is an online crypto currency exchange where investors can buy digital currencies such as Bitcoin and Ethereum.

Shortly after Sajjad made the initial investment, the woman walked him through the process of withdrawing profits – in this case $207 into his current bank account.

Once she had gained Sajjad’s trust, she encouraged him to invest more money for better returns.

Before long, Sajjad and his friends had moved over Dh230,000 from their bank accounts to the crypto exchange and then transferred the money to FidelityEx, just as they had been taught by the woman.

Their accounts appeared to show them making money but when they tried to withdraw the profits from FidelityEx, the website wouldn’t let them do that.

Sajjad tried to reach out to Anna but she refused to respond. Instead, she deleted her Whatsapp account and blocked Sajjad on another number. “It was hard to believe that the woman who would exchange love notes with me daily would shun me overnight. First, she stole my heart, then she stole my money,” rued Sajjad.

The panicked victims looked up the website of FidelityEx for a customer support number. There was none. “All it had was an email address. We shot off several emails. All of them bounced,” he said.

As it turned out, FidelityEx is a fake platform that piggybacked on the credibility of Fidelity Investments Inc, commonly referred to as Fidelity – an American multinational financial services corporation based in Boston, Massachusetts. USA.

“Fidelity is actively monitoring the situation and taking all necessary steps to protect our clients and the community at large,” CSA said in a statement.

Dubai police have repeatedly issued warnings over the threat posed by cyber criminals creating fake profiles to snare unsuspecting victims using dating websites. While statistics on romance scam victims in the UAE is not readily available, studies show their numbers are on the rise worldwide.

Experts reckon this could be the tip of the iceberg. “Romance scams are vastly under- reported as the victims are often too embarrassed to talk about it,” said cyber security expert M. Vashist.

Scammers also use predatory tactics to honey trap victims. Sharjah resident S. Rawat said he got a Whatsapp message from a Malaysian number enquiring if he was Mohammad Awad. “The profile picture was that of a young woman dressed in a smart business suit. She said Awad was her client. When I told her I was not the person she was looking for, she tried to sell me a cryptocurrency scheme.

Another UAE resident, Fahim Mustafa who was similarly approached shared Whatsapp screenshots of messages sent to him by a woman claiming to be senior crypto currency analyst based in Singapore.

“She asked me to download an app and offered to show me how I could buy crypto currencies using her trading platform. 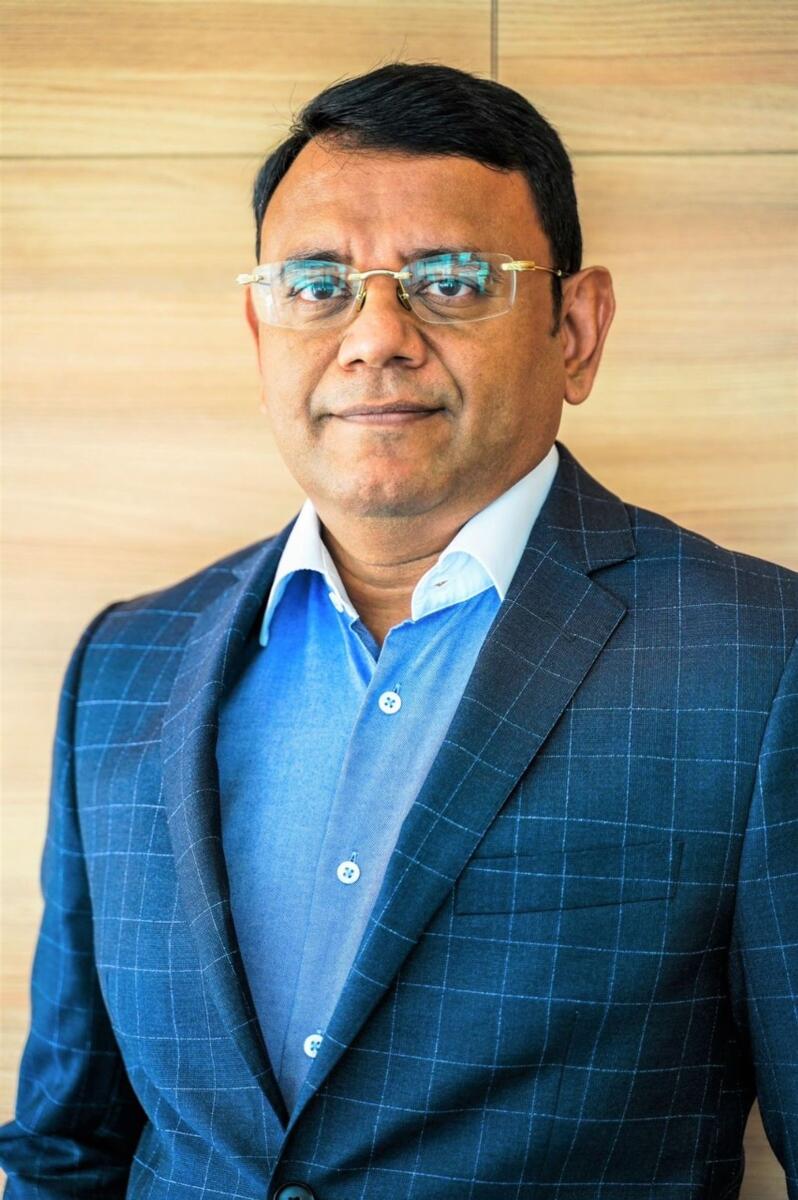 Arshad Khan, CEO and co-founder of Yoshi Markets, a Virtual Assets MTF and Custodian based in ADGM, Abu Dhabi. said the digital nature of cryptocurrencies make them prone to different forms of financial crimes. “Investors need to be extra cautious and do their due diligence about the trading platform or the third party they are transacting with,” he said. “Sometimes, particularly in peer-to-peer transactions, information about the third party is missing. This should be a red flag. “To overcome these risks, it is important to deal with only regulated entities which have a physical presence and a professional team managing the business,” said Arshad. 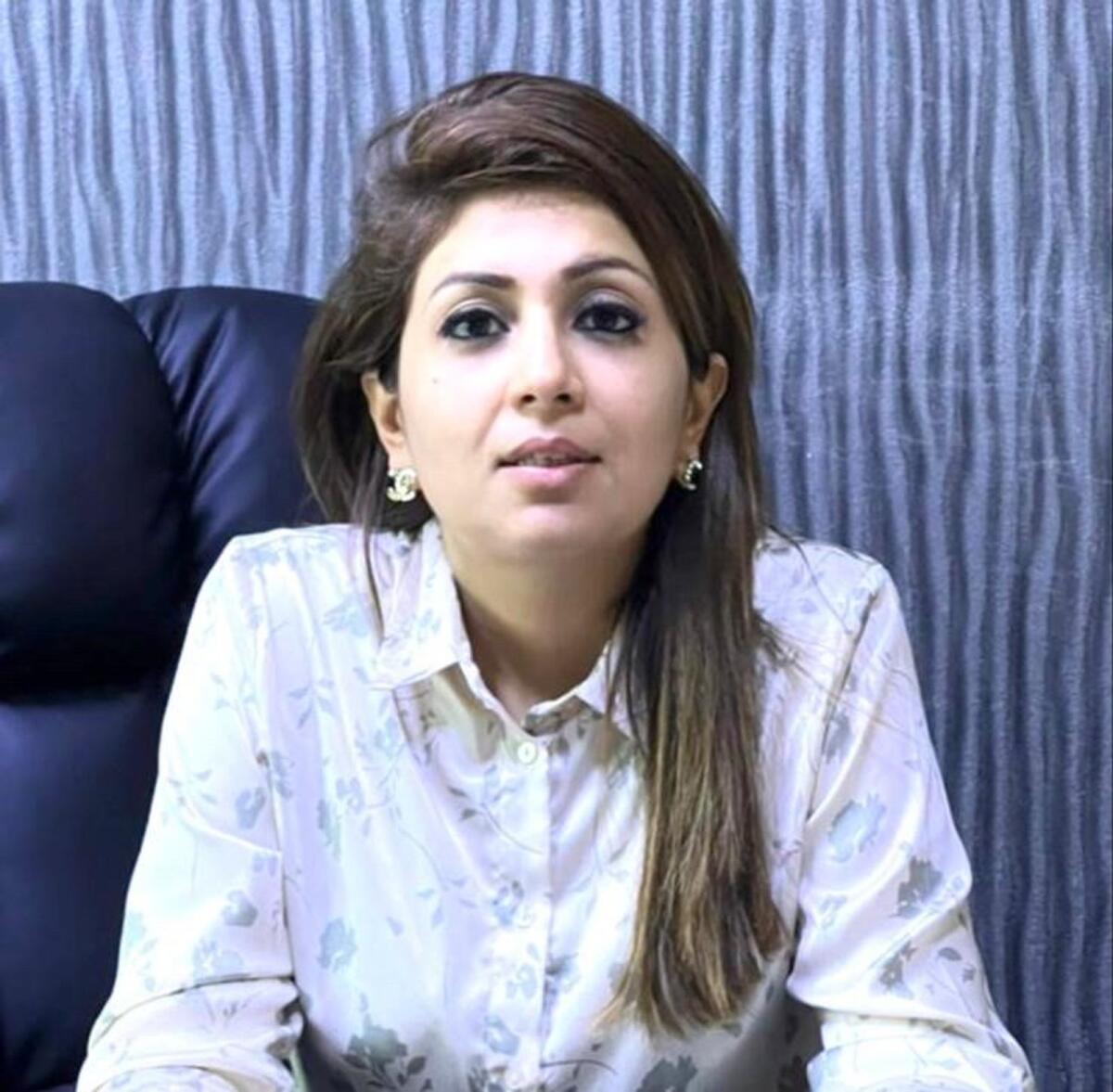 Sara Waqar, managing director of Skylinks Group, a group of companies focusing on wealth management solutions, said, the popularity of crypto currencies as a profitable financial vehicle has also led to a surge in sophisticated scams in recent times . “They range from dodgy initial public offerings to pump and dump schemes. Instances also abound when fraudsters set up fake wallets or use phony crypto exchanges to steal money,” she said.

“To avoid crypto theft, store your cryptos in your off-exchange ‘cold’ wallet, rather than a wallet on the exchange. Make sure the exchange is centralized, licensed and regulated by the countries where it offers their services,” said Sara. She also urged investors to be wary of crypto schemes offering unusually high, short-term gains.

“Remember, no one can predict market volatility in the short term. Also don’t be impressed by any association of the crypto with an international regulator, bank, media channel or celebrity since such associations can be fake.

How to keep your money safe from online romance scammers.