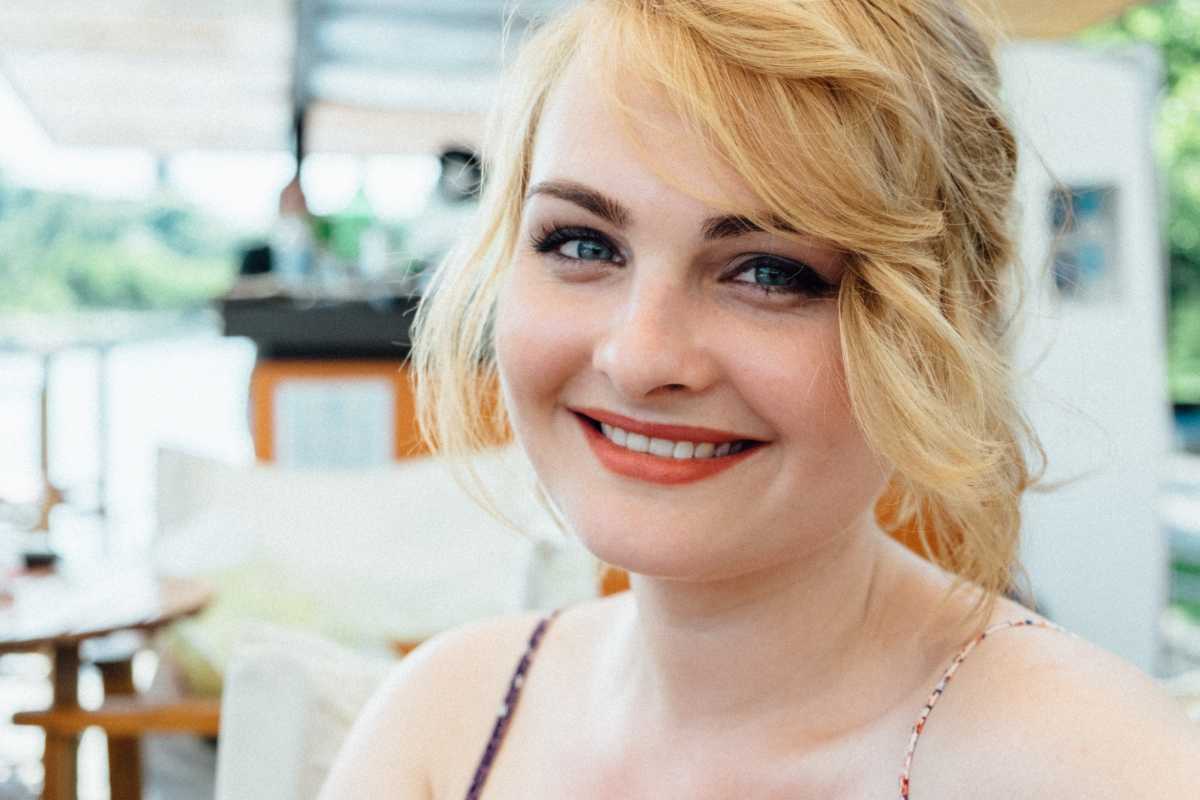 If you’re a guy, you’re either in one of two camps when it comes to “paying for dates etiquette.”

One the one hand, you might be the kind of guy who really wants to pay for dates, at least most of the time. While this is great (chivalry’s not dead, people!) you might also feel kind of awkward. After all, you don’t want to imply that she can’t pay for herself.

On the other hand, you could be the kind of guy who thinks paying for dates sucks. Short of finding a sugar mama, you’d rather your date foot the bill at least sometimes, if not just as often. Problem is, you also care about what she thinks of you — and what if she’s one of those women who would look down on a guy who wants to split the bill?

To the second type of guy, here’s my take: If you’re only interested in a casual relationship, then what she thinks of you doesn’t matter as much in the long run. Enjoy the freedom and variety of meeting new people! But if you want a long term girlfriend, then you’ll have to beat out other guys in order to get it. And that means putting your best foot forward from Day 1 … by paying for dates.

To help you make better sense of this, I’ve broken down what we’ll call “paying for dates etiquette” by first, second, and third dates. Below, I’m sharing my tried-and-tested strategy for making the most of each of these dates, including how much you should pay on each one. Then, we’ll discuss what happens after the third date. Should she start paying? The answer is slightly more complicated than you think. Let’s dive in!

Always, always, always pay for the first date. Why? Yes, it’s a modern era, but seventy-two percent of women still expect you to, according to studies. And at this crucial stage, you’re competing with lots of other men. With odds like that, why would you risk splitting the bill? If she offers, simply decline, and don’t let her pay unless she makes it extremely uncomfortable. (Chances are, she won’t.)

That being said, be strategic. Don’t make the first date expensive. At all. In fact, you should spend $10 or less on a first date. Even though that might seem low, ten bucks is enough to spend an hour getting to know her over a cup of coffee or a happy hour beer at a cool place. This works for a couple of reasons.

First, it forces you to spend less time together (because you’ll be done with the drink in an hour or less). There won’t be enough time to find out everything about each other, so this keeps the mystery alive. Hopefully, it also motivates her to go on a second date to continue the conversation.

Second, whatever place you choose will show off your creativity and sophistication — as long as you make it unique and cool (no Starbucks!).

Are you still thinking you should pay more for the first date? OK, I have to be honest. When I was single, I decided to do a 100-date experiment, going on as many dates as I could to find out more about dating, myself, and life in general. One of the biggest things I noticed was that men who dropped more than $10-15 on the first date rarely made it to a second date with me. Why? Because when someone you barely know spends a ton of money on a first date, it feels the same as getting an overly extravagant gift. You feel slightly guilty, weirdly obligated, and sometimes even resentful.

Take it from me: The best way to handle paying on a first date is to just make it super inexpensive (but at a place that’s worth going to).

If you liked my first date advice, you’re going to love this: Your second date should be completely free. Let me explain.

Since you guys are now on a second date, you’re obviously somewhat attracted to each other. And because you already got to know one another on the first date, you can now start escalating the attraction so it turns into sexual desire. How do you do this? By creating sexual tension.

Sexual tension is all about being physical with one another — first in neutral ways, then in more flirtatious ways. You can achieve this by creating a physical experience where you’ll naturally end up touching your date in some way.

So for example, if your second date is a hike through a wooded area, you might take her hand to help her over a big rock. Or maybe you invite her to a jiu-jitsu class, and try out a couple of the moves she was confused about afterward. Any physical activity where you naturally end up physically close or touching will do wonders, assuming she’s already attracted to you on a basic level. And the best part is, dates like this are often free.

Here are a few more physical second date ideas for you to consider (and for even more, check out my full list):

You get my drift. Get outdoors and find something to do that’s sporty, out in nature, or even involves your pets for a fun physical date. It’ll get the blood flowing in more ways than one!

Ah, the third date. If she’s made this far, then obviously you care for her. You might hope that this turns into a relationship, or at least has a chance of getting intimate. At this point, it’s totally OK to open your wallet a little more. The best way to do this is to treat her to a nice dinner, and make sure you cover the entire third date bill.

Keep in mind, this goes beyond impressing her. Rather, it makes her feel safe with you, which brings her one step closer to wanting to become intimate.

So what qualifies as a “nice” dinner? It’s up to you, but I’d second-guess any dinner choice that involves any of the following:

An even better idea is to make her dinner at your place — that is, if the sexual tension has escalated quickly enough. Does she give you lots of strong eye contact, soft giggles, and smiles? Does she let her touch linger when she brushes by you accidentally? A woman’s body language can give away a lot about what she’s really thinking. Pay attention to her non-verbal cues on the first couple of dates to get a better idea of this.

Remember, going the extra mile on your third date will make her feel cared for and safe, which increases her level of trust and comfort. It also sets you apart from other guys she might be dating. The good news is, you shouldn’t have to always pay for much longer.

Up to this point, you might have been thinking that you’ll get locked into covering the bill date after date, because she’ll end up getting used to it. But if a woman starts to actually care for you, she’ll start asking you to either split the bill, or even pick up a bill herself. Take this as a sign that she’s interested in you.

That said, it’s worth repeating: Don’t let her pay until you’re in a committed monogamous relationship. While you’re courting and competing with other men, you don’t want to lose to some other dude because you can’t demonstrate an ability to keep her safe.

OK, But What If She Doesn’t Offer to Pay?

Even though most women will offer to pay, some won’t. So what then? The answer to this is tricky. Obviously, the goal is not for you to pay for everything forever — only while you’re competing with other men. So, how you decide to handle a woman who never offers to pay depends on how long you’ve been dating her.

If you’ve been on seven or eight dates with this woman, and you’ve been dating around a month, take a mental snapshot of all the dates you’ve had with her. Did she ask to split a bill yet? Has she covered a bill herself? If she hasn’t even offered once to split a bill, be careful — she might be in it for the wrong reasons.

The solution? You can stop dating her altogether. Or, you can start choosing cheaper dates. With a little creativity, you can choose places to go that impress her with their uniqueness, rather than expense. Your new approach will either make her like you more, or leave (because she’s materialistic). Either way, you win.

If you’ve been dating consistently, obviously you have feelings for each other and are somewhat invested. Most importantly, you’re no longer competing with other men. If you guys are now in a relationship, and she hasn’t helped out with a date bill yet, you might be feeling resentful. Actually, I’ll go out on a limb and say you probably are … since research shows that 64% of men expect their dates to chip in. Yet, you’re still paying — maybe because you’re afraid she’ll leave you. Or you like doing things that she can’t afford. Or you don’t want the sex to stop.

Regardless, if you’re feeling resentful, it’s time to have an in-person conversation about how you guys will share bills moving forward. Just remember, you want to ensure that everything feels fair, which may or may not mean that things are split equally. The goal is to avoid feeling resentful. However you can accomplish that goal is fine. Just don’t expect her to read your mind or guess what you need.

It All Works Out in the End

“Paying for dates etiquette” really just comes down to strategy. It makes the most sense to pay for dates in the early stages of a relationship, when you’re competing for a woman who’s likely seeing other people. But once that door closes and the two of you are exclusive, “etiquette” rules no longer apply. At that point, you can figure something else out.

Also, keep in mind that, if you’re MegaDating as a strategy for finding a long-term relationship, you should know by date #3 if a woman has potential — so it’s not like you’ll be paying for dates that long. Just be willing to play the game initially, so you can make the best impression possible.

Still confused about paying for dates etiquette and other “rules” when it comes to finding love? On a daily basis, I help men figure out the best tools and strategies to use for getting the girlfriend they’ve always wanted. Book a 1-on-1 New Client Skype Session with me, and we can look at your dating life to uncover what habits, beliefs, and specific actions are holding you back from finding the woman you want. We’ll also co-create a dating strategy and see if my 3 month Signature program could be right for you.