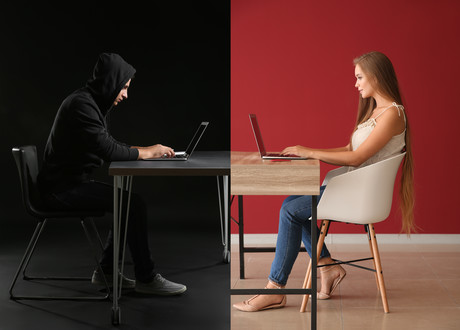 Romance and dating scams cost Australians over $28.6 million last year, making up one fifth of scam losses reported to Scamwatch in 2019, according to the Australian Competition and Consumer Commission (ACCC).

Scammers attempting to make people fall in love with — and send money to — manufactured personas are moving beyond online dating platforms and social media to apps such as Google Hangouts and online games like Words with Friends and Scrabble, with 37.5% of reports resulting in losses, the ACCC reported.

Scammers often weave “complicated stories about why they can’t meet in person and ask the victim to send money or provide financial aid so they can travel to meet them”, the ACCC said.

Occasionally, scammers even meet their mark in person.

“We’ve seen an increase in reports from people who did not originally seek an online relationship but have been caught up in a dating and romance scam,” ACCC Deputy Chair Delia Rickard said.

“No longer are dating websites the only contact method for dating and romance scams, with an increasing number of reports coming from these emerging websites and apps.

“Romance scams are particularly devastating because not only are there financial losses, but there is also an emotional toll for the victim, which can have lasting psychological impacts on people,” Rickard said.

Scammers that receive money will often ask for more, while those that don’t can “become aggressive or use guilt to manipulate their victim”, the ACCC explained.

Almost $8 million was lost through dating websites last year and over $2 million through Facebook, the ACCC said. Instagram appeared to be the social media platform of choice, however, accounting for 8.8% of dating and romance scam reports. Sites such as Twitter, LinkedIn and Snapchat were also exploited.

People aged 45–64 and women in general were most vulnerable to scams, losing over $18 million and $21.5 million respectively.

Although most losses occurred via bank transfer, iTunes, Steam and Google Play gift cards were also taken by scammers.

“If you’re interacting with someone online, it’s important to be alert and consider the possibility that the approach may be a scam,” Rickard said.

“Don’t give out personal information, including your financial details, to anybody you haven’t met in person, no matter who they say they are, and don’t share intimate photos or use webcams in an intimate setting.

“Don’t agree to carry packages internationally or agree to transfer money for someone else as you may be inadvertently committing a crime.

“If you become concerned by the conversation, such as if the person is asking for ‘favours’ or money, cease communication,” Rickard said

People who think they may have given their bank details to a scammer should contact their  bank or financial institution as soon as possible, the ACCC warned.

Users can report scams to the ACCC via Scamwatch, which offers more information on where to get help and how to protect against scams.